« Back to All Blogs 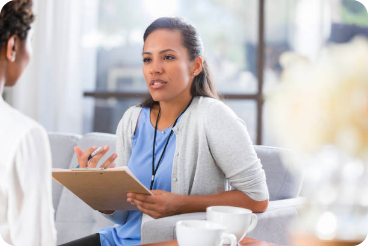 How Does Esketamine (SpravatoⓇ) Treat Depression?

Thanks to the pandemic, the Centers for Disease Control and Prevention (CDC) reports a rise in depression cases in 2021. While there are a variety of medications available to treat the major depressive disorder, they don’t all work for each person. According to one study, roughly two-thirds of people who have depression do not respond to traditional care plans.

For patients who have struggled to see the desired results from other depression medications, esketamine treatment may be the right solution.

Esketamine is a nasal-spray prescription medication derived from the anesthetic ketamine, which has been effective in treating treatment-resistant depression (TRD) in the past. Healthcare professionals diagnose TRD when a patient doesn’t experience an improvement in depression symptoms after trying two or more prescription antidepressants.

How Does Esketamine Work?

Traditional antidepressants raise naturally existing neurotransmitters in the brain, such as serotonin, norepinephrine, and dopamine. These chemical messengers start and govern the communication between brain cells. They are directly responsible for mood regulation.

Esketamine, or SPRAVATO®, is a nasal-spray prescription medication that increases levels of another neurotransmitter – glutamate. Glutamate helps the brain to learn, memorize, and get acclimated to a state of mind that aids in the treatment of depression symptoms.

Who Is a Good Candidate For Esketamine?

Esketamine treatment may be the right choice for anyone who has taken at least two additional antidepressants for at least six weeks and not seen at least a 50% improvement in their mood. People who haven’t had success with conventional depression therapies may benefit from Spravato therapy because it allows them to experience life without the symptoms. Esketamine is only available to adults. The FDA has not approved it for use in children.

What to Expect From Esketamine Treatment

Esketamine treatment varies depending on an individual’s needs, but the treatment generally consists of three self-administered nasal-spray doses, spaced 5 minutes apart, and provided under physician supervision. Esketamine is an outpatient treatment that occurs in one of our licensed medical facilities and is supervised by one of our providers. The first doses are administered twice per week and then less frequently as the treatment period continues. Following treatment, some patients experience feelings of dissociation and sometimes sedation immediately after a dose of Esketamine. Due to the after-affects of this medication, patients are required to stay in office for two hours following treatment for monitoring. Patients should avoid driving a car, operating machinery or doing anything that requires you to be fully alert until the following day.

Common side effects can include:

Esketamine is a variant of powerful anesthesia, so it’s important to stay under medical supervision until it is clear you are safe to leave. If you think you may be a good candidate for Eskatamine therapy, contact us today to get started on your journey toward better mental health.