If you are experiencing symptoms of impulsivity and/or hyperactivity that are impacting your quality of life and ability to focus at work or in school, you may need to be evaluated for ADHD.

Attention Deficit Hyperactivity Disorder, or ADHD, is defined as an ongoing pattern of inattention, impulsivity, and hyperactivity that greatly affects daily life. Most everyone experiences an extent of impulsive decision making and difficulty remaining focused on a task. However, a person living with ADHD experiences these difficulties with more severity. There are 3 presentations of ADHD.

Predominantly hyper-impulsive. Characterized by behaviors of hyperactivity and impulsivity. This is the most common form of ADHD.

Predominantly inattentive. Characterized by behaviors associated with inattention, but not hyperactivity. This type is often referred to as Attention Deficit Disorder (ADD).

Combined. Some people may experience a mix of inattentive and hyper-impulsive symptoms.

ADHD is a developmental disorder, meaning that adults with ADHD have had the condition since childhood, whether they realized it or not. ADHD symptoms are often harder to detect in adults because they appear in more subtle forms, or because the symptoms have become more manageable in adulthood. Symptoms of ADHD in adults include:

If you are experiencing 4 or more of the above symptoms, it may be time to be evaluated for ADHD. 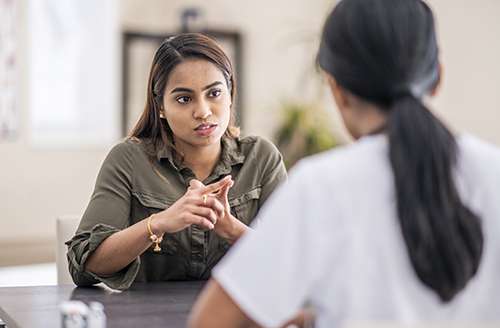 How is ADHD treated?

ADHD in adults is under-treated and underdiagnosed. Assessing adult ADHD is a complicated process, and no single clinical tool can give a complete picture of a person’s condition.

Medication management is an ongoing process between patient and provider that helps find the right medication and dosage to treat your symptoms both safely and effectively.

Telemedicine appointments take place over our virtual video conferencing platform which allows you to connect with a BestMind provider from anywhere with internet connection.

ADHD is a condition that affects children and adults. Symptoms include hyperactivity, inability to maintain focus, impulsivity and hyperactivity.

There is no single cause of ADHD, but there are many risk factors including environmental exposure to hazards like lead, brain injury, low birth weight, premature delivery, and alcohol and tobacco use during pregnancy.

How is ADHD diagnosed?

While there is no single ADHD test, best practices include a comprehensive psychiatric evaluation with an objective testing protocol such as a QbTest. Generally, a diagnosis can be made when a patient displays some or all symptoms on a regular basis, in more than one setting and for more than 6 months.

Are there different types of ADHD?

How is ADHD treated?

There are a number of therapies and ADHD medications that can treat symptoms of ADHD. The recommended treatment for ADHD may vary based on age, gender, type of ADHD and other factors. Talk to a BestMind provider today about which treatment options may be right for you.

Can ADHD be cured?

While ADHD can't be cured, it’s symptoms can be managed with the right medication(s). A BestMind provider can work with you to create a treatment plan to help manage ADHD.

Can ADHD cause depression?

ADHD can lead to depression when the patient has a hard time managing their symptoms. Working with your BestMind provider to manage ADHD symptoms can help prevent or control depression.

Is ADHD considered a disability?

The Americans with Disabilities Act (ADA) does recognize ADHD as a form of disability, especially in patients whose ADHD interferes with their ability to perform at work or school. However, mild cases of ADHD or cases where symptoms are manageable through medication may not be recognized as a disability.

How common is ADHD?

ADHD is diagnosed in approximately 8.4% of children and 2.5% of adults. This condition is more commonly diagnosed in boys.

If you are experiencing symptoms of ADHD, book an appointment today.